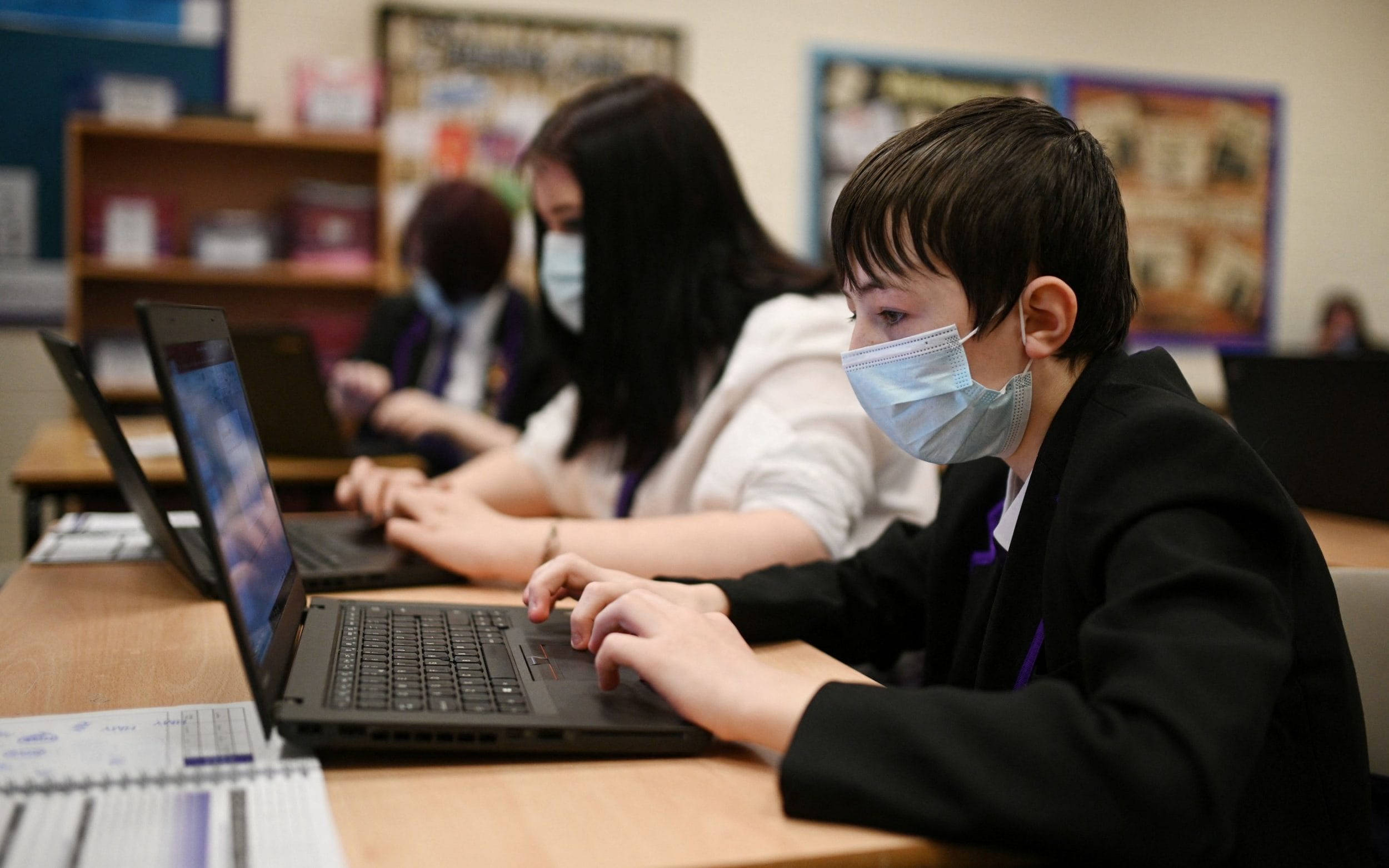 Mr Zahawi wrote a letter to MPs on Thursday evening saying that he had kept his promise not to keep masks in place for “a day longer than necessary”.

But he added that, following a meeting with local directors of public health, he agreed that masks could be reintroduced in the event of an “extraordinary” local Covid outbreak.

Arabella Skinner, a director of the parent campaign group UsForThem, said: “As we have seen throughout the pandemic, schools often go far beyond the recommendations and beyond what the rest of society is required to do.

“In the case of masks being removed from class, we had over 100 schools raised with us who are choosing – against government guidance – to keep masks in class.”

Uckfield College in East Sussex said it was keeping masks in force “for now” on the basis that the “last thing students want at the moment is more staff absence”.

Some schools said they wanted to wait until their local director of public health had formally endorsed the Government’s position, and that masks would stay in place until then.

The Commonweal School in Swindon told parents to “ensure that your child brings a suitable mask to school each day” while they “await guidance” from their local council.

Others, including Oxted School in Surrey and Droylesden Academy in Manchester, said they wanted to wait until they had been sent official guidance from the DfE – even though this was published on Wednesday.

St Peter’s Church of England Aided School in Exeter told parents that masks must still be worn in lessons as “Covid has not gone away” and it is a “kind and thoughtful” way to support the community.

Two thirds of parents against mask-wearing

The UK’s largest teacher union has warned against lifting restrictions “too quickly” saying that this could lead to “more disruption” for schools.

Dr Mary Bousted, the joint general secretary of the National Education Union, said: “Rather than announcements aimed at saving Boris Johnson’s job, [the] Government should be exercising a duty of care to the nation’s pupils and the staff who educate them.”

Recent polling by parent voice charity Parentkind found that almost two thirds of parents of secondary school children are not in favour of face masks in the classroom.

As teachers’ unions put up resistance, the Government faces dissent throughout the public sector over its ambition to get the country back into offices.

The Public and Commercial Services union, which represents civil servants and other public sector workers, warned in the Daily Mail that “there should not be a reckless, headlong rush” back to work.

David Penman, general secretary of the FDA, which represents senior civil servants, said: “The idea that forcing civil servants back into the office will somehow show a lead to the rest of the economy is insulting to businesses who have made decisions that enhance their efficiency and profitability”.